"Consumição" ("Consuming") presents itself as a digital wordlyphagic variation of a sequence that has as its starting point the paradox between noise and silence that permeates language and communication.

In a collision of centripetal and centrifugal forces between the excess of speech and the reduction of words to the (almost) silence, which at one time is exhausted and renewed, in the form of a spiral, in the curves that revolve around a certain point, moving away or approaching according to a certain law, space is opened up to the consumption of words, which are devoured, chewed, digested, and returned, to be swallowed up again. 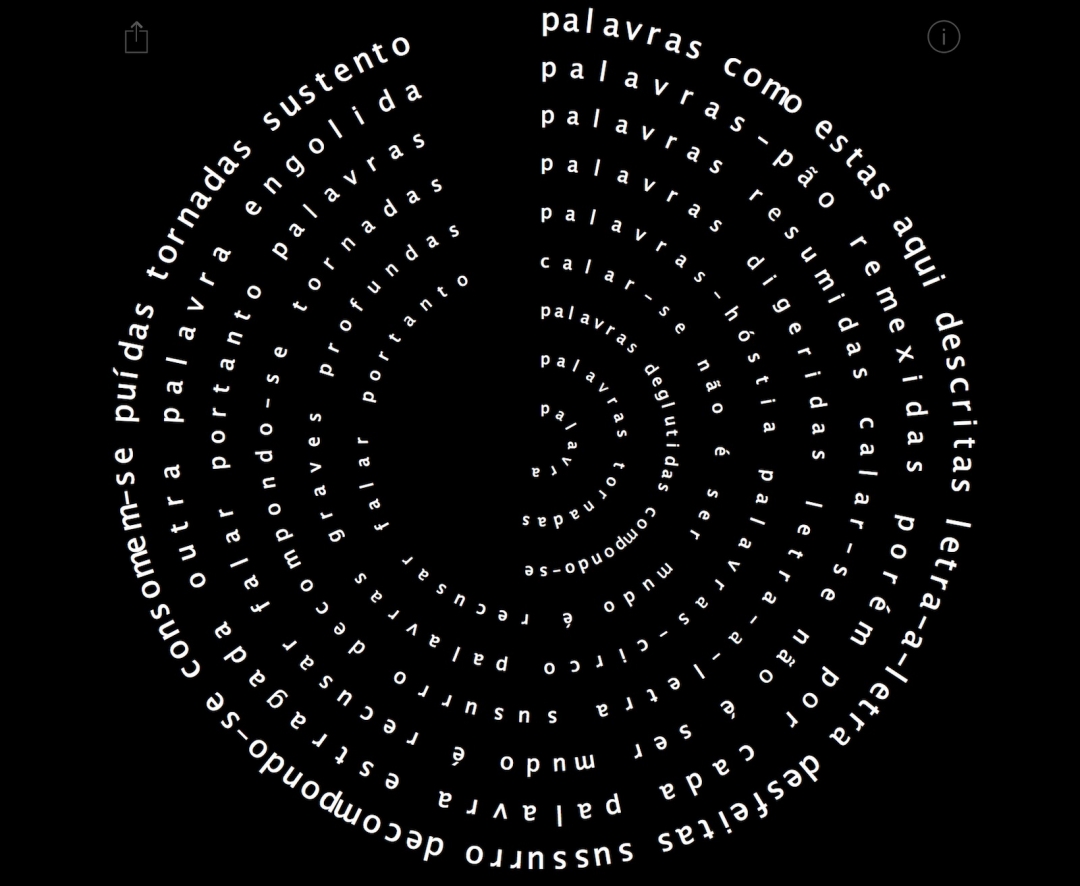 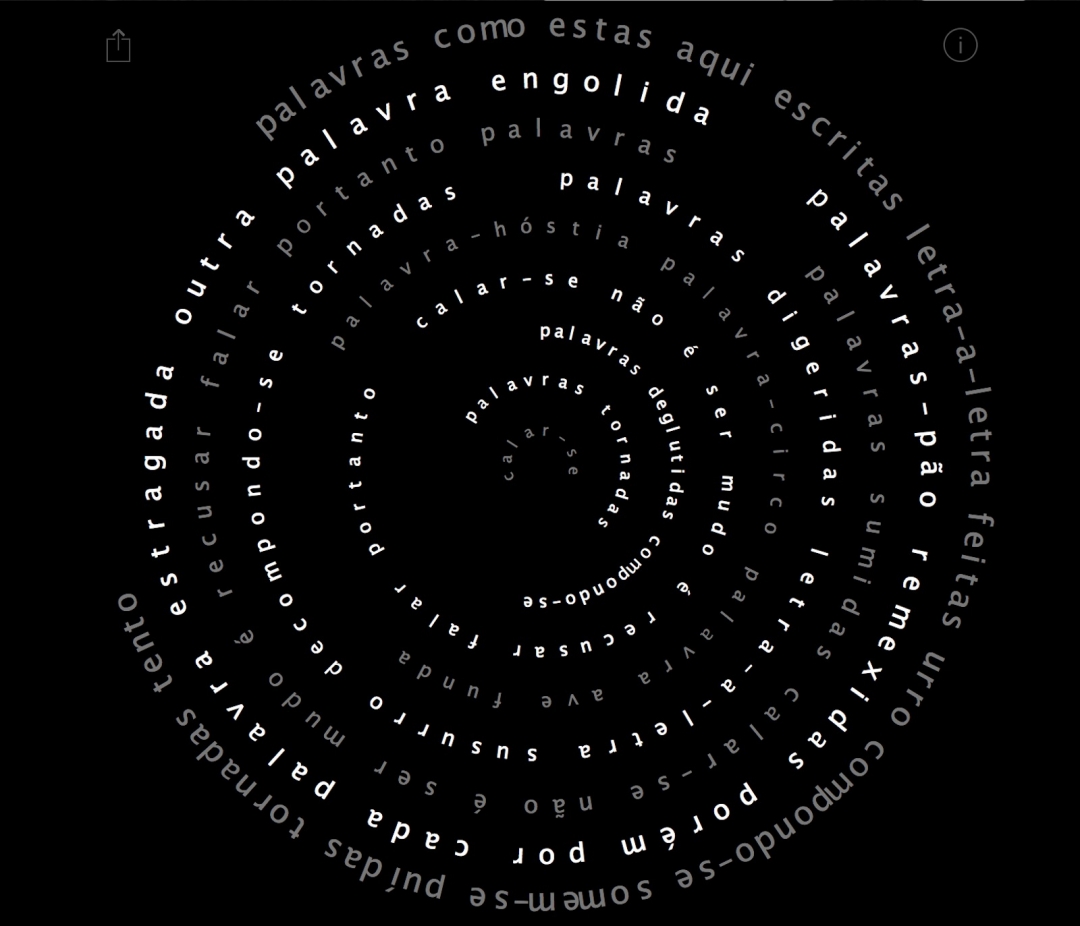